Streaming services are being launched and gaining popularity at an incredible rate, making it hard for streamers to keep up. There are pros and cons to having so many streaming services, but most disadvantages diminish if you find a way to take control.

Big media companies have figured out that online video streaming is the way to go in today’s digital world. Going online to watch the latest film or show anytime and anywhere is incredible, making it possible to binge-watch an entire show in one sitting.

However, having so many platforms is not just confusing but overwhelming. Is there a solution to enjoy watching Hulu with Disney Plus, HBO Max with Apple TV+, Netflix with Paramount+ and back?

Think about it, having all your streaming apps and subscriptions in one interface. It will make it easier to navigate your favorite platforms, filter content according to preferences, and keep up with what you’ve been watching.

The Pros and Cons of Having Too Many Streaming Services

Too many streaming services seem good for cord-cutters, but is this the case? Some years ago, production companies such as Disney, Paramount Pictures, NBC, MGM, and CBS didn’t have streaming services but licensed their content to Netflix, HBO, and Hulu.

Fast forward to 2022, and each streaming service has its platform. For example, Disney+ features Star Wars, Marvel, Nat Geo, and Pixar content. NBC and CBS release their online content through Paramount+.

Even companies with nothing to do with video entertainment entered the fray and are making big moves in the streaming world, i.e., Amazon and Apple.

Is there an advantage to having so many streaming services? Let’s find out.

The Good Thing about Too Many Streaming Platforms

Having many streaming platforms has one significant advantage, which is increased competition between the platforms. The best thing about this situation is they’re all trying to lure us in.

One way to do this is to license appealing titles, especially shows and movies that are extremely popular.

Another way is to create unique content, and streaming platforms are constantly trying to come up with the next big hit. For example, Disney+ released big hits like The Mandalorian and the Book of Boba Fett and Obi-Wan Kenobi. Paramount+ did it with the first season of Halo, while HBO released Peacemaker.

Some shows will miss the mark, but the more content the studios produce, the greater the chance of landing on the next big thing.

Also, streamers will get better services with so many streaming services trying to lure us in. We’re talking about fast loading times when accessing the platforms, access to high-quality streams like UHD and 4K streaming, and improved features.

The Bad Thing About Too Many Streaming Platforms

Market Segmentation is the biggest issue with having so many streaming platforms. It’s easy to understand why companies are fighting it out for subscribers; however, subscribing to many streaming services is overwhelming.

Streamers find it hard to remember when their favourite show is up, but it isn’t apparent when they do. For example, your favourite shows might all be available for streaming on HBO Max, Paramount Plus, Netflix, and Hulu.

It’s tough to keep up with your favourite content, but you can avoid all this by having all your streaming services together.

The company has spent a lot of time pulling together all the different streaming services, including the free ones. The Plex app is already in beta testing and wants to eliminate the struggle of browsing through all your top streaming platforms. However, it wants to keep the sense of surprise and discovery.

Plex wants to find a way to give you access to everything and anything in the streaming world under one roof. The result will be less searching and more streaming, which the consumer wants.

Does Plex have a unique selling point? Unlike other apps, Plex will pull relevant information about viewing habits and preferences across all streaming platforms. It will have a user interface that organizes your watchlists and, most importantly, your preferences from all streaming services and will feature an easy-to-use home screen.

In addition, Plex will collect your viewing habits and preferences for improved suggestions under an easy-to-use interface. 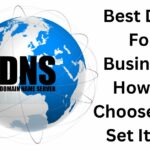