Online video games have taken the world by storm in the past years. With the rise of League of Legends or World of Warcraft, people could connect more easily and have fun in groups. We know that video games can be beneficial for young people and make them feel more connected to others, but that doesn’t mean they’re 100% safe in those environments.

Besides the toxic behaviours of some players, online games are also more prone to cyberattacks because so many players make in-app purchases to upgrade their characters. And knowing that most people don’t take all safety precautions, hackers can quickly get into their accounts and steal sensitive information.

Choose the original version of the games

You might’ve not noticed, but almost any game in this world will get pirated at some point ―and it’s not that difficult, as a regular person, to upload your pirated version of a specific game. It might be because the digital versions of games are more expensive than physical ones. This is curious because digital ones have hidden costs regarding the infrastructure you need in order to maintain them, whereas a physical game disc doesn’t require to be stored in a data centre.

Contrarily to the original versions of the games, pirated ones are not provided with updates and patches, which makes it impossible for the game to support upcoming updates that enhance the gaming experience. Besides that, pirating and uploading games is illegal because you’re violating the intellectual property rights of the software authors.

Finally, your computer is at risk if you’re downloading games from unknown sources. Pirated games can have malware embedded in their files, and you might install it into your computer, which puts you at risk of destroying your data or affecting your computer’s performance.

Stay away from cheat codes and programs

Another trick linked to pirated games is using cheat codes and programs. Players do this especially when they want to get to the next level or want to upgrade their characters and gaming experience without paying for these features. But doing so, the risk of downloading malicious files is high. It’s more likely to alter your computer’s performance by doing this, and hackers will easily get into your hardware system.

The most recent cyberattack related to cheat codes was XtremeRat, which is similar to a trojan attack, where hackers placed malware in video game cheat codes. The problem is that these attacks were attached to legitimate files that users download to run their game patches. This malware could capture audio and video content from the computer but also take screenshots and upload or download files.

Be aware of the most common cyberattacks

Know that gaming companies are experiencing cyberattacks, and they have more control over their security than a regular game player. So, it’s easier for hackers to get into your systems if you’re not aware of their common practices:

The solution here is to try using strong passwords. Avoid short ones and try making them as complex as possible. If you’re afraid you’ll forget them, you can try a password manager that keeps your information secure in one place that only you can access.

Although it’s not that easy to win the case of a data breach with a bigger company, you can ask for legal advice in the UK regarding your case. If you’ve suffered from a GDPR data breach and have had financial or emotional losses, it’s best to talk with an advisor and see how you can solve the problem.

You can prevent DDoS attacks by implementing anti-virus and anti-malware software that detects and removes viruses. Firewalls and intrusion detection systems act as traffic-scanning barriers between networks, so they’re able to protect you.

Similar to DDoS attacks, anti-virus software can help you prevent phishing, but you’ll also need to know the common approaches they use and never click on any link if the tone of the message is urgent.

Another way is to use avatars instead of your real photos. Create a new persona that is perfect for the game you are playing. Use one of the best avatar apps online to generate an avatar that matches your personality and interests.

This is like a second layer of protection because even if passwords still work, they’re not as strong as before when hackers were not this sophisticated in their practices. Plus, there are way too many accounts on different gaming platforms, making it difficult to remember them all.

How does this work? When you want to login into your account, after entering your username and password, you’ll be asked to provide further information that could be:

In conclusion, always take precautions when giving your details in the online world, and be aware of the current threats to know what to expect from hackers. 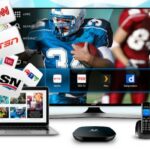