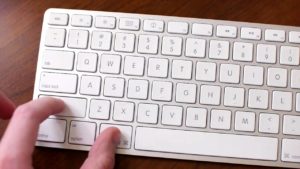 If you have recently switched from Windows to Mac OS, then you might think about activating Print Screen on Mac. It might become quite difficult, as you won’t find the “Print Screen” feature on it.

So, there can be many circumstances when you might have to take a screenshot on your Mac. As Windows has its “Snipping Tool”, Mac also has its “Grab” utility to take the screenshots.

Besides, taking a screenshot on a Mac device is quite easy. It can be performed by pressing the combination of the “Command + Shift + 3” keys. However, there are many other options available for Print Screen when you dive deeper.

Print Screen on Mac is no longer a difficult task, as you can learn it here. There are various ways to take screenshots on a Mac device. But, here, we are going to mention the most reliable procedures. So, let’s have a glimpse below.

If you want to take a full-screen screenshot, then you can follow the underlying instructions accordingly.

So, tap on the appropriate button to allow it to crop and edit the image before saving it.

Once you are done with this instruction, the screenshot will be saved on your Mac device by default.

Here are the steps that should be executed in order to take a screenshot of a selected part.

Once you have covered the area successfully, the screenshot will be taken automatically.

To take a screenshot of an area with particular dimensions, follow the under-mentioned instructions carefully.

Step 1: Press the combination of the “Command + Shift + 4”. It will invoke the crosshair that appears on the display screen.

Here, you can get the pixel width and depth, which is equal to the area of the screen that the crosshair covers.

Step 2: While pressing the mouse button, hit the Space tab. Move the box around the screen until the entire area is covered for taking the screenshot.

After selecting the area, release the trackpad or mouse button and you can have your Print Screen on Mac.

If you capture multiple images having similar sizes, then you are required to set up the crosshair in advance. For this, try to utilize the “Command + Shift + 5” shortcut combination. Here ‘s how to execute this:

So, hit that button to take the screenshot.

MacBook comes up with a feature of “Touch Bar”. By utilizing this feature, you can choose “Entire Screen”, “Selected Portion”, or “Window” after you press the combination of the  Command, Shift and 4 keys.

On the other hand, by using “Shift + Command + 6” combination, you can take screenshots on the Touch Bar display.

If you want to take screenshots without using the Mac shortcuts, then you can use this “Grab” application. It is a built-in program that comes up with every version of Mac.

This will allow users to create screenshots directly from the menu bar. Hence, to proceed with this, you can follow the instructions cited in the below section.

Step 2: Under the Utility menu, search for the “Grab” program. Once the Grab application initiates, its icon will pop up on your dock. You can also pin this icon to get quick access later.

Moreover, you can utilize the keyboard shortcuts or the Capture menu to take a screenshot on Mac successfully.

Preview is popular for viewing PDF, photos, and other files and folders. However, Print Screen on Mac is a hidden feature that you implement using this feature.

Firstly, invoke the Preview application and choose the files and folders in the menu bar. Now, hit the drop-down menu and choose “From window” or “From entire screen” option.

When you take a screenshot on a Mac device, It will be forwarded to the time-stamped or clipboard. After this, it will be saved on the device as a PNG file depending on the procedure you use to take the screenshot.

Hence, you can easily utilize the feature of Print Screen on your Mac by following any of the above-discussed methods.

Mac devices come with a useful application similar to the “Snipping Tool”. This tool is named “Grab”, with which users can easily take screenshots.

Grab utility is available in the Application section. To access this, navigate to the Finder>Application>Utilities>Grab.

Otherwise, press COMMAND-SHIFT-3 to take the entire screen of the Desktop. Also, you can press the Command button along with the Shift and 4 functions key. This will allow you to take the screenshot for the selected part.

Press the combination of Command + Shift + 4 to launch the screenshot selection tool. Press the Control button and make your selection by utilizing the trackpad or mouse. Then select the document and press Command + V to paste it on your desired place.

On the Mac keyboard, press Command + Shift + 3. Thereafter, locate the screenshot you took from the available list.

Open the Spotlight and write “terminal” to initiate the Terminal app. Type “defaults write com.apple.screencapture type jpg”. Don’t press the Enter key yet. At the end of the command, enter the default location. Further, write “killall SystemUIServer” and hit the Enter key.

Invoke the Finder, one with your device and another with the screenshot folder. Re-sort the desktop window by name, then scroll down to the initial one titled “Screenshot”. Tap on it and while pressing the Shift key, scroll to the last screenshot report. Hit it again and drag the file accordingly to the screenshot window.