Nowadays, people can not imagine their everyday life without the internet. Using up-to-the-minute devices and gadgets gives all of us an opportunity to get any vital details from global news and weather forecast to the data about the arranged place you are meeting with your friends at. We can not deny that every single area in our life is connected to the internet. Whether it is good or bad is another question. We are just pointing out a well-known principle that the internet resources are in trends now, thus in the near future as well.

Designing apps connected to social networks is not a piece of cake as every year plenty of the latest social media apps spring up in the market. Some apps are destined to fly high, and some to fall off the radar.

Therefore, to enter the lead developers group among currently established social media networking, get ready for a battle. The task is to single out a product, with super cool features and an interesting concept to draw users in and keep them going. Surely, the social networking area is densely occupied by already established players, but constant changes and rapid development of technologies give new opportunities to those who are brave enough and see real prospects for business growth. There are plenty more fish in the sea.

Although, you still might ask what to create a social media app if there are already a huge amount of them? Well, we can not deny that there are lots of famous social media apps, however, think about it. People desire something new, something fresh or maybe users are not completely satisfied with already existing apps. Reasons vary. Variety is a spice of life and people search for some changes now and then. That is why checking users’ feedback facilitates offering people something that is suitable for them.

Main Stages to Create Social Media App of Yours

Let’s jump into the common steps that should be pursued to create a social media app. We are not going to reinvent the wheel. Everything is easier than it seems at first look.

First, do some research about the competitors and the market. Study your competitors’ products and point out weak and strong sides of them. Find as much information as you can about their users, what they like and dislike about these apps, and what you can offer them in return.

Next, determine your target cluster. It can be distinguished by age or location or any other feature. Try to understand their needs and desires. Following those tips will definitely assist you to come clean and realize what to slowly work on.

Then, specify the exact platform to work with. Mind that Apple gadgets are spread mainly in North America and Western Europe, while Android is preferred in the rest of the world. Considering the app development cost, it usually requires more days and expenses to build an Android-based social media app, along with putting extra effort in the process. iOS’s developers charge more for work, but the project will be completed earlier and without any fuss.

Later, write down every function and feature that you wish to include in your app and services you will provide to users. Make up a catchy name for a product and a recognizable icon. Create a simple messenger or video chat app? Or will it be an Instagram clone? Who knows. That depends on your creativity.

After you have cleared up the concept matter and have dealt with the main functions, it is time to hand your project over to an organization that is linked to a social media app establishment. From now on, let the professionals deal with the rest of the work.

Main functions design, MVP development, app’s launching and marketing are in the professionals’ hands. We advise you to begin with the MVP which stands for the minimum viable version of the processing product. This will save your precious days and not throw money down the drain. When you notice the first positive feedback of a product, that is a green light to steadily think of your next moves. You can determine whether you need to make improvements or change the concept. MVP is quite an important part to create a social media app, because it will cost you less than a finished app. 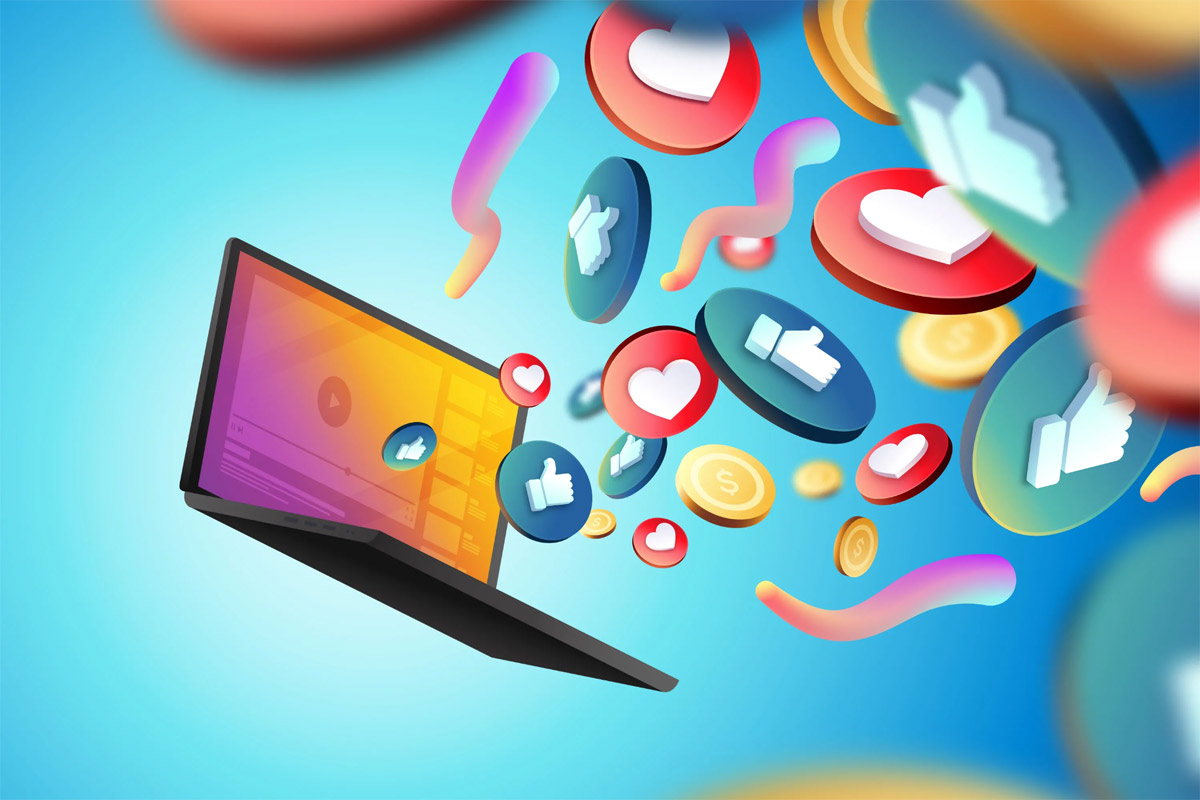 Let’s get directly to discussing the fascinating process of social media network growth. There is no need to pile complicated functions in one single product until it is not thought through. That is the main point of MVP, make your app as simple as possible, launch it and see how it is going to work. Note the example with Facebook, which started just as a profile page, allowing only exchanging messages. Now, it is one of the most preferred apps in the world.

So, going straight to create a social media app, do not add too many functions. Exchanging messages or images, or any other basic and simple function will be more than enough for a testing app.

After successfully testing a product and verifying that everything is working, consider the idea of expanding your app. Adding functions like user’s sign up, profile pages, adding friends or looking for new ones, social integration with different social media apps, video and voice calls and so on. The features rely on the users’ demands and needs. Be attentive and gather statistics of people’s preferences and demands.

Everything that you have read above is just the foundation for your project, remember that to create a social media app will require some effort. Surely, you can think of some additional functions which will draw users’ attention.

To get more data about what functions people hope to see in their apps, you can also study the history of apps, like Facebook, Instagram, Twitter, WeChat and so on. These apps have gone a long way to successful development. They have not just become popular in the blink of an eye.

The social media geniuses which everyone is using almost every single day have managed to accomplish what they were created for in the first place. They tag along with the latest technological advances in order to satisfy users’ desires and make one hundred percent certain that they go on using the application. Developers are constantly updating their products so that the application has value for users. 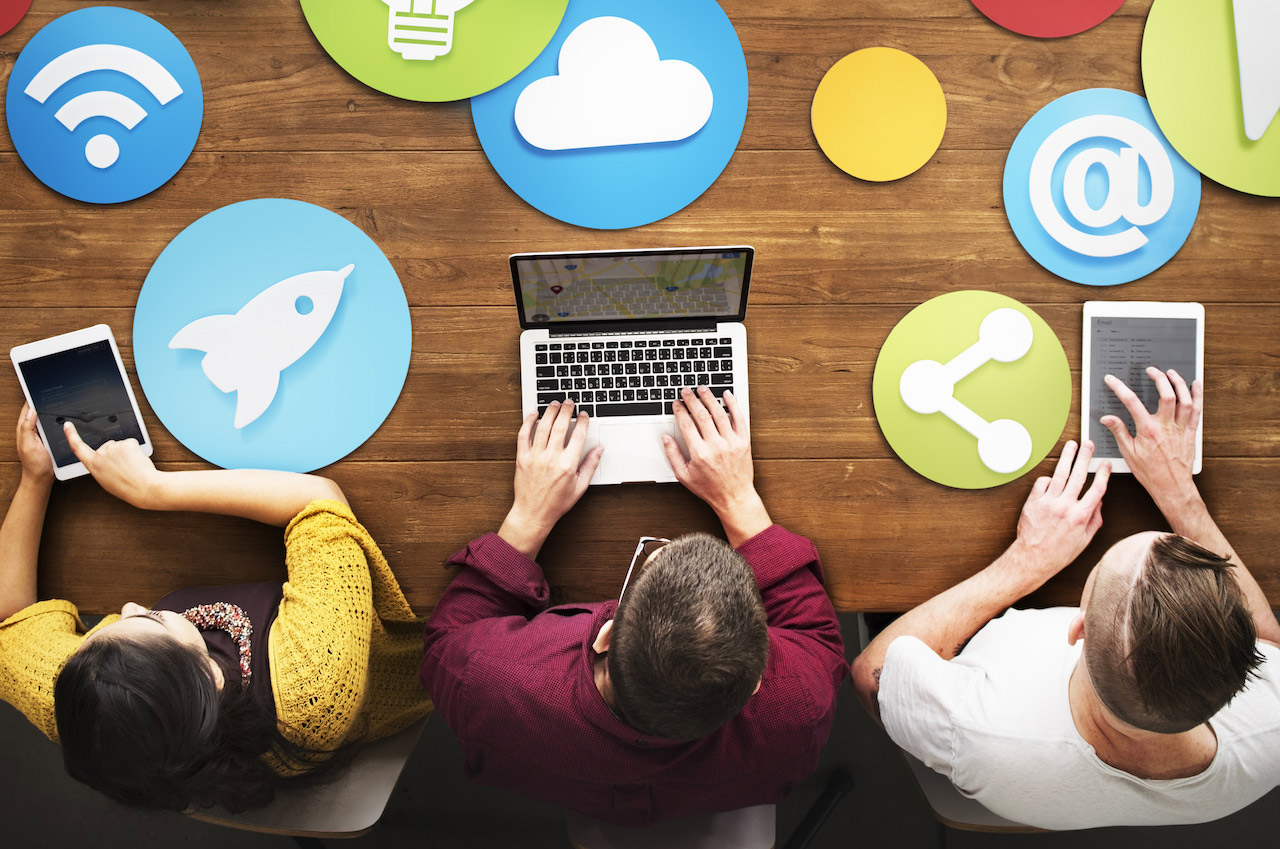 It is obvious social media apps are staying in the market for a long time. Moreover, they are gaining popularity quicker than we can imagine. If you are at a crossroads and social network growth is a course you can not comprehend, do not worry and look on the bright side. Everything has a start somewhere. Little by little, going the extra mile, having a great concept, qualified developers and strong desire to implement your idea, everything is going to work just fine.