How to Track an iPhone by Phone…

How To Perform Motorola MB 8600 Login 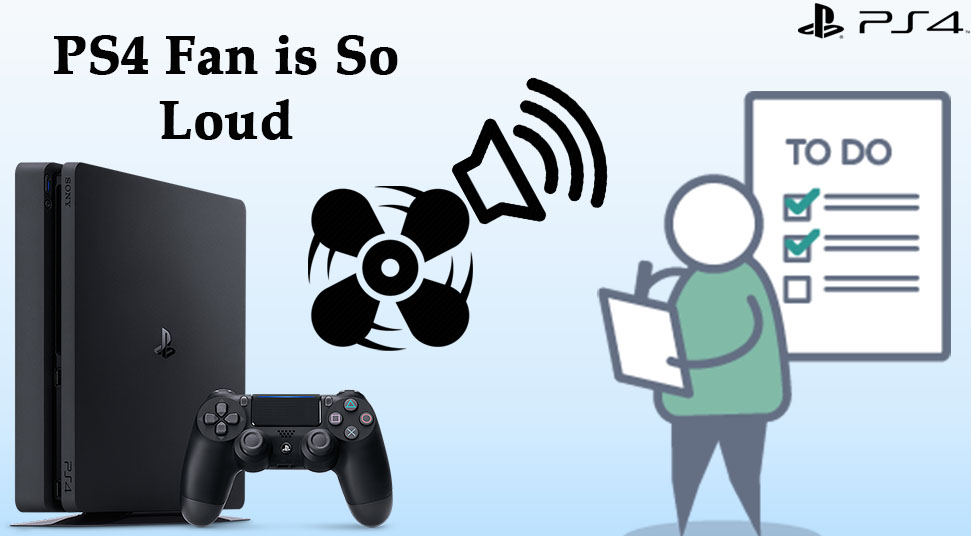 PS4 fan helps to cool down your PS4 system while you are playing a game in it for a longer time. It releases the heat continuously by blowing air through it.

Sometimes, due to the presence of dust particles in the air molecules, the fan becomes heavy with the dust weight. Thus, it starts to move slowly with a loud voice.

If the dust accumulation gets tremendous on the PS4 fan and exceeds a certain limit, then the device becomes troublesome. Thus, you need to solve the issue before this situation gets worst.

PS4 fan loud is one of the basic problems faced by the users. If this is the case you are also worried about, then further look at this article.

In this article, you will get the complete details regarding the PS4 fan makes an obnoxious noise issue. So, let’s begin.

The main factors responsible for the PS4 fan sounds loud issue are as follows:

To solve the PS4 fan noise issue, try out the solutions listed below.

The solutions for the PS4 fan sounds loud issue are very simple. You can try them one-by-one as stated here and check out which suits best in your case.

Sometimes, due to the overusing of the Playstation PS4, the PS4 fan loud issue arises. If this is the case, then you just need to turn off your PS4 device instantly and keep it at rest for at least an hour. This will drop down the temperature of your device.

Once the device gets back to the room temperature, turn it on. Hopefully, this time you will not get any noise from your PS4 Playstation.

In case, if still, the PS4 fan sounds loud, try the further solution.

The best effective way to solve the PS4 fan returns noise issue is by cleaning the PS4 Playstation thoroughly.

The steps to follow this method is a little difficult to perform. It is advised to take professional help to do this job for you.

The steps to clean the PS4 Playstation thoroughly are as follows:

The first job is to turn off the Playstation PS4 along with its related devices. After that, take the PS4 device separately to follow further instructions to clean the device thoroughly.

Let’s now open the device and then take a look inside it. To open, at first, put your right-hand thumb on the top cover where the PS4 is written.

Then hold the other side of the device with left-hand. You can do vice-versa, according to your habit.

Next, put a little pressure on your thumb to pull up the PS4 written side cover. Also, open the other-hand side of the cover. After opening both the sides, uncover the outer cover carefully.

Note: Do not perform the method quickly, it may damage the clips of your PS4 Playstation.

Once you uncover PS4, now verify the inner portion of the device (especially the Fan part). The dirt accumulation on the PS4 fan will require more power to run it for that the sound arises. You need to clean the PS4 parts to enhance its function and resolve the PS4 fan loud issue.

Now, take a cleaning foam for the cleaning purpose. Take a soft cloth or a few ear-buds and dip then to the cleaning foam (Do not over-wet the cloth). After wetting the cloth a little, use to wipe all the plastic portions, except the PS4 fan area.

Further, take a dry cloth and use it to clean the Fan dust entirely. After removing the dust from the fan, close the cover back. Then use the Playstation device to ensure that the problem gets resolved.

There are some instructions if followed, then probably you can avoid the PS4 fan sounds loud issue. The instructions are as follows:

All these are the complete information regarding the PS4 fan loud issue. Hopefully, after trying the above methods, you will get the issue resolved. Take help from an expert to get the problem solved professionally.

Why Msvcr110.dll Is Missing?