If you love gaming, then you must have come across Call of Duty: Modern Warfare. It is probably one of the most popular, or at least one of the most renowned games, with players from across the world. Among all the COD games, the Modern Warfare series is undoubtedly the best. The latest ones have comparably higher system requirements and you might face problems in running them. Many players report that their computer gets crashed while trying to run the game, and they face Modern Warfare crashing PC. For such cases, there are specific ways through which you can try to fix this issue. 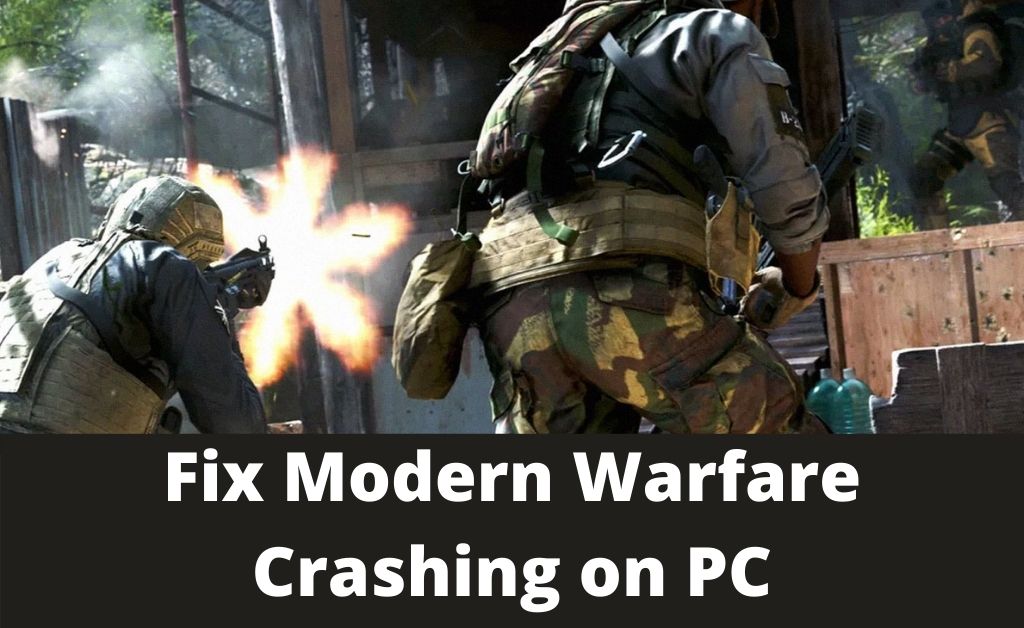 What are the causes behind Modern Warfare crashing PC problem?

When you face the Modern Warfare crashing PC issue, there can be various reasons behind it. The most common explanation might be that your PC doesn’t have the required specifications to run the program smoothly. However, that’s not all, there can be other causes as well, such as issues with the game files, background apps, etc. In any case, there’s only one way to find out.

How do you get rid of this issue?

When you’re unable to run the game on your PC, you would understandably want to find a quick solution. In case you’re wondering, there are some simple ones available. Whether or not they’ll be quick, would completely depend on you. You might want to try these out before taking any other step.

As you probably know, the graphics that you’re playing the game on might be a reason behind the crashing. This often happens when you have set it at such a level that your PC can’t handle it. So, you might want to try reducing the graphics quality a little and see if it works. If this solves the Modern Warfare crashing PC problem, you would have to compromise with the graphics then. You can simply reduce it by going to your game settings on the main menu.

Have you opened many other apps while playing the game? In case you didn’t know, that could hamper its performance as well. As well, it would affect your overall gaming experience. So, you must try closing all the apps to solve the problem. This simple step often brings significant changes in how the game runs. Generally, if your PC fulfills only the minimum requirements for a game, you must stop all applications that are running. Otherwise, your computer will keep facing Modern Warfare crashing PC problems in running it.

When a game crashes on your PC, it can have more to do with graphics than anything else. After all, it forms a very big part of your gaming experience. Computers mostly aren’t able to run games because they can’t handle the graphics. That’s why you see that the graphics card is such an important component for gaming.

Therefore, you must make sure that they are well-connected to the system. And, the driver is what takes care of that. If it isn’t up to date, that’s probably the reason behind the crash. So, you have to update it by going to the website of the manufacturer. If you want to update automatically, some apps can help you do that.

There can be a lot of reasons behind the problems that you’re facing in running Modern Warfare. As you know, the game folder consists of many important files. These are crucial for running the game. If any of them gets damaged or corrupted, it can crash like the one you’re facing. So, there are chances that this is the cause of the Modern Warfare crashing PC problem, in your case.

If you can’t find any other solution, check for corrupted files. If you find one or more of them, you can use a data recovery app to fix the problem. If you want, you can also do that from the control panel of your computer. So, go to programs, click on the game and select the Repair option. If you’re unable to repair it, the only solution left would be to reinstall the game on your PC.

‘Frame rate’ is a term that you probably have come across in gaming. In case you don’t know, it is the number of images or frames that appear on your screen per unit of time. It is measured in foot per second (FPS). The higher this figure is, the smoother the game will run on your PC.

Now, you might wonder what it has to do with using Discord overlay! In that case, you must know that using it can affect the FPS and there might be a significant drop in it. As a result, the game will lag and even crash. So, you must remove the overlay, if you’re using it and facing Modern Warfare crashing PC problems. This should improve the performance remarkably.

CPUs come with different frequencies at which they run, known as their clock rates. You can increase it to improve the performance of your PC. However, there is a minimum clock rate that is specified by the manufacturer, and you can set it to a higher level if you want. If done right, you’ll get better performance from your processor than it’s made to give you.

But, it’s not always safe to do so, you might be overclocking your computer to run the game better. Even though it generally does provide the result that you want, it also often causes problems like crashes. That would just be the opposite of what you wanted. So, you might want to try reducing the clock rate to normal for solving the problem.

When your computer is running, it assigns the resources of its processor for different tasks as required. In case you didn’t know, you can customize this as well. You can set the device to give more priority to running a program over others. That way, the processor will put more work into running it.

According to some users, it is effective and others say that it doesn’t make a difference. So, there can be only one possible way to find out. You might want to try this out and see if it works. If you’re wondering how to do this, the option is available in the ‘details’ tab of the task manager. Select the game and set the priority high.

Facing issues in your PC while running games is quite common. Moreover, many differences can lead you to this. An end-user probably wouldn’t know exactly where to look for the causes. In such cases, the troubleshooting methods given here would hopefully help you out.

How To Fix No Internet Secured Windows 10 WiFi Connection Problem

How to Solve DNS_PROBE_FINISHED_NXDOMAIN?