Why VPN is a great tool for…

7 Trending Features of AngularJS Framework That…

Online Advertising is Going to Change, But…

The Future of VR Will Need to…

Here is the Technology that Allows You…

Microsoft will let you work as your…

How the ekrona app is more useful… 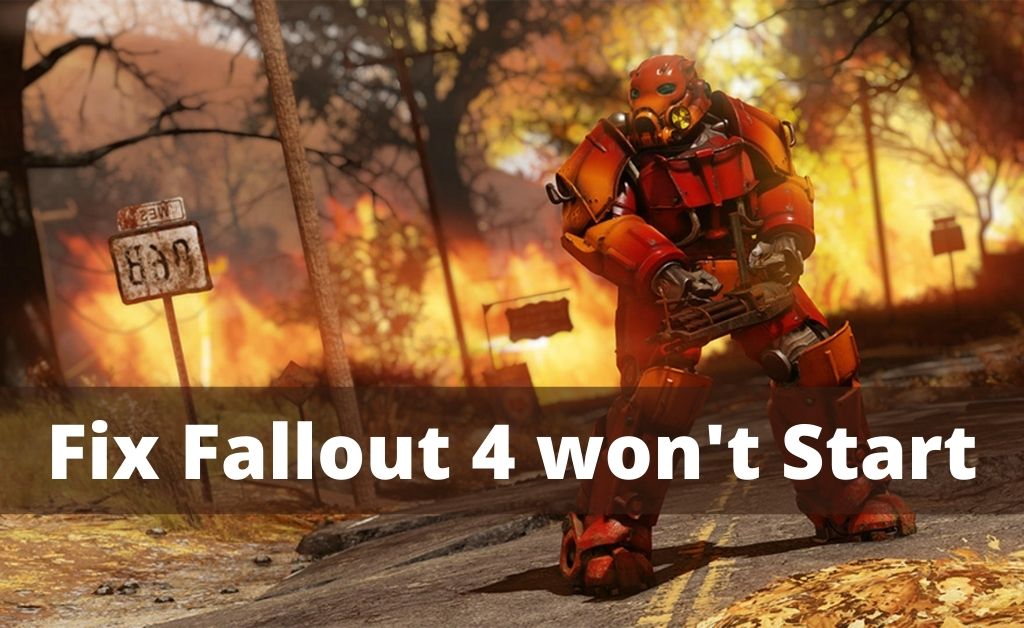 Among all the games in the Fallout series, the fourth one is undoubtedly the best. It provides great gameplay and usually runs without any issue. Moreover, it has a fairly low number of bugs. But, that doesn’t mean you won’t face any issues while running it. Many players have complained about the game like fallout 4 won’t start on their Windows 10 device.

If you’re facing this issue, you’d want to get back in the game as soon as possible. For that, you need to follow some simple methods to fix the problem. So, keep reading to know how to solve the Fallout 4 won’t start issue.

There could be many reasons why your device can’t launch Fallout 4 successfully. And, the cause may differ in each case. Therefore, you need to deal with the issue based on the issue that causes it.

Now, there are some commonly observed causes behind Fallout 4 not launching. Luckily, there are also some simple yet effective fixes for each of them.

Your device may face various types of errors while running. Some of them are quite persistent, while others are temporary. In case your device has the latter, you can fix that very easily. In this case, it might have faced a temporary error while running Fallout 4.

So, how do you fix it in that case? Try rebooting the system to remove whichever error it’s facing. This is quite effective in many cases after all.

In some cases, a failure in the game’s process might cause the error. In such a situation, you need to stop the process and start it afresh. So, close the game as soon as you face the issue. However, the process might still not have ended. Thus, go to the Task Manager and make sure Fallout 4 isn’t running. Then, go back and try launching the game.

You surely have various apps installed on your device from third-party manufacturers. Now they might not be harmful to the system, but some of them can cause serious issues. If Fallout 4 won’t start on your device, it could be due to third-party programs and apps. Look for any troublesome behaviour in any of them.

Many apps might face issues when they run on your device. You need to remove these to prevent any issues that might get triggered in other programs. Also, consider removing the applications that you haven’t been using much lately. By doing that, you can avoid further issues in starting a game. Moreover, even if this doesn’t provide a solution, it’ll get you close to a positive output at least.

The Fallout 4 folder, just like any other game, consists of a large number of files. These contain crucial data which the game needs for running. If any of them gets damaged, you might have trouble launching the game. So, you must consider the cause behind the issue you’re facing.

In case your game files receive any damage, you need to fix them. For that purpose, you need to check their integrity first. In case you’re wondering, you can do that from Steam. Go to the Library and open Fallout 4. You’ll find the option to check the integrity of the files in the Local Files section. Start the process and wait while it proceeds. If it finds any damages, it’ll proceed with fixing them. Then, it’ll only be a matter of time before you get a solution to the problem.

Provided that there are no other issues, this method is usually quite effective in solving this problem.

Many users might have failed to use Steam for some reason or just want an alternative. In that case, there is another way to fix the issue of corrupt files as well. Go to your File Explorer and open the Fallout 4 folder.

Delete all the files you see, keeping aside the executable ones. Once you’re done, click on the remaining file to open the game. It will then start downloading the missing data, as long as you have an internet connection. So, this is a viable way to get rid of corrupt files.

In many cases, the antivirus is found to cause issues in launching the game. How does that happen? In case you’re wondering, it can identify certain game files as a threat to your device’s security. Even though that’s a concern, the antivirus can often make a mistake in this matter. So, the file it has blacklisted doesn’t necessarily contain malware.

What do you do in such a situation? Remove the blocked file from the blacklist and temporarily disable the antivirus. If you activate it while playing the game, it might cause the same issue again. Further, you might want to consider using different antivirus software.

It has been quite some time since Fallout 4 came out. Your device might have a system that the game isn’t compatible with. As a result, you’re unable to launch it despite trying many fixes. Many players have reported this as the prime cause in their case. So, you might want to take it into account as well.

The game might launch and run better if you get an older Windows 10 version. But, you need not do that. There’s a better alternative — launch it in Compatibility mode. Select the Properties of the Fallout 4 executable file and select the Compatibility tab. You’ll find the option to run the game in Compatibility mode in there. In this setting, your system will emulate its older version that Fallout 4 is compatible with.

The display driver plays a crucial role in playing games. So, you need to keep it up-to-date if you want optimal performance. Moreover, that will also help you run games that have higher graphics demand. Further, an outdated graphics driver can cause issues like fallout 4 won’t start issue.

Are you using an old version of your video driver? Then, that can cause a problem with launching Fallout 4 on your device. So, the only solution, in this case, would be a driver update.

For that purpose, you can go to the Device Manager and find your display card. Right-click it and opt for updating its driver. In many cases, this is enough to solve the issue in the long term.

You must use the fixes mentioned here when Fallout 4 won’t open. Hopefully, you won’t need to look for help anywhere else if you try out all of them. However, you must always check the specifications before downloading any game, and always invest in a good antivirus to keep away malware.

Fallout 4 Won’t Start PS4: To begin, turn on your PlayStation 4 console and restart the Fallout 4 game. To resolve the issue, restart your PS4 console. You can also solve the problem by disabling or deleting the mods entirely. If none of the approaches work, uninstall the game and reinstall it from scratch.

Why does my Fallout 4 crash on startup?

How to Transfer Songs from CD to iPhone [Revealed]

How To Check Graphics Card On Windows 10 OS Properly?

Fix Mic Not Working Windows 10: Solve It With Ease Now