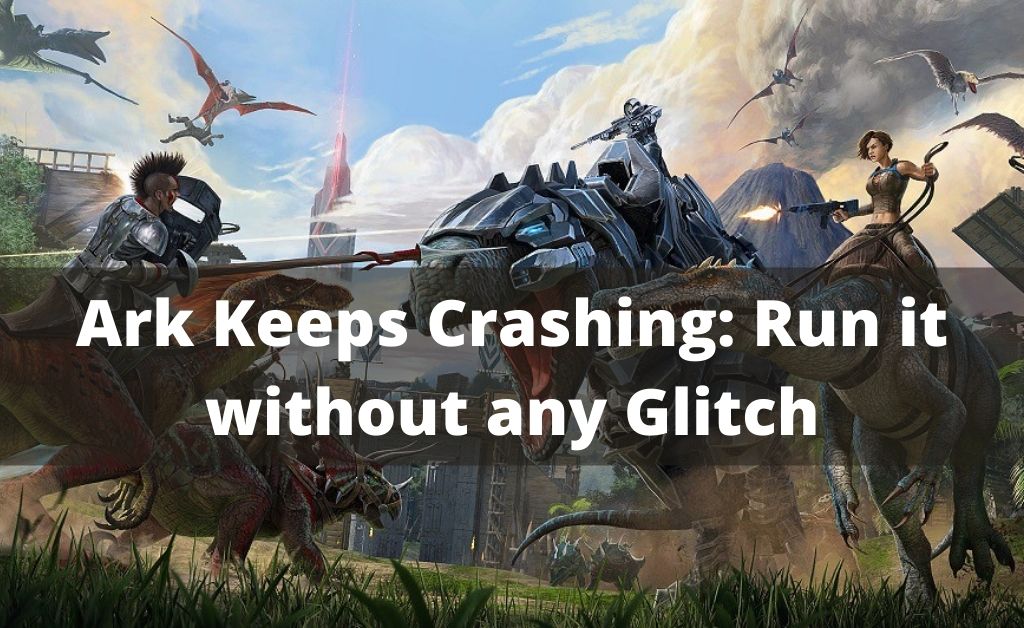 Ark has been received quite positively by survival game fans, mainly because of its gameplay. Since it’s in demand, you need the optimal hardware and software to run this game. However, even that doesn’t seem to be enough in some cases. If your device crashes while running this game, you’re certainly not alone. Many users face the same issue like ark keeps crashing on PC.

Now, you probably want to solve this problem as soon as possible. Just like many users face this issue, similarly many of them have fixed it as well. You don’t need any expert knowledge to find your solution for this issue. So, keep reading to know what to do when Ark keeps crashing on your PC.

Ark Keeps Crashing on PC: Simple Ways to Fix it

There could be several reasons behind game crashes on your device. Various components, be it hardware or software, could be at fault for it. This may differ from one case to another. That means the solution that worked for one person may not work for you.

So, you need to find the one that’s appropriate for you. Now, that depends on what’s causing the Ark keeps crashing in your case.

Despite how good it is, Ark is not free from bugs and glitches. Moreover, they show up in the game quite frequently. This acts as a shortcoming in an experience that you might have otherwise found perfect. So, what do you do in such a situation? See if the developers have released a patch for it yet. Go to their website to find the latest one and install it. This should provide a solution until the next glitch appears.

Interference from Other Programs

Are you running any other programs while playing Ark? In many cases, they can cause trouble in running the game safely. As a result, you face problems like repeated crashes.

In such cases, you must shut down all these other programs. After all, they’re taking up your device’s resources as well. So, disabling them could improve Ark’s performance on your device.

How do you disable these background programs? In case you’re wondering, you can do that easily from the Taskbar. This method will surely improve the game’s performance significantly and stop crashes.

Your device has only a limited amount of resources. It distributes them among various programs according to their requirements. However, since Ark is quite demanding, it could work better with more resources than your device assigns. In case you’re wondering, you can do that by increasing the priority of the game.

Go to the Details tab of the Task Manager and right-click the Ark executable file. You’ll see the Set Priority option listed among others. In this case, you must set it to High. The system will then assign more resources to Ark than to other programs. This can be a simpler alternative to disabling the programs manually.

Just like other games, there are various mods available for Ark as well. Usually, they improve your gameplay experience just like they intend to do. However, that’s not always the case. Sometimes, they can cause issues with the game’s performance. This seems to happen a lot when you update the game. In such cases, there’s a conflict between the mod and the new version.

So, you must remove the modification to solve this issue. After all, the new version comes with solutions for various bags, such as Ark keeps crashing, apart from new features.

Were you playing Ark in a high graphics setting when it started crashing? If yes, then the problem could have something to do with this. As you know, the game has a pretty high requirement for running on PC. Your device might need higher quality hardware and software to run Ark. So, you might want to consider upgrading them.

Until then, you need to play the game at a reduced graphics setting to run it safely. To be specific, you must reduce the advanced options from their current setting.

A game folder consists of a large number of files that contain important data for its functioning. If any of them get damaged for any reason, that could cause issues like crashes. Moreover, corrupt files are one of the most common reasons why Ark keeps crashing in many devices. So, you need to check the integrity of the game files apart from other things.

The Steam application can be very useful to you in doing this. Navigate to the local files of Ark and initiate a verification process from the options. It will start scanning the game files to find any corruption in them. If it detects any such issues, it’ll then proceed with the repair. This process may take a while but can solve the issue effectively by its end.

Are you unable to use Steam for the repair? In that case, there is an alternative for you. Simply open up the Ark folder in your File Explorer. Delete all the data that you see there, sparing the executive file. Now, in case you’re wondering, you won’t lose your game progress by doing that. You can restore it as soon as you get back to the game.

So, the damaged data has been removed along with the files you deleted. Now, open the executable file to start downloading the rest of the data. This method is quite effective for fixing corrupt data. Hopefully, Ark won’t crash on your PC again.

Another very common cause behind any game crashing is the graphics driver. It is a very crucial software component for your device’s system to control the hardware. None of the tasks can be performed in its absence. Not only that, but you need the right driver version to get optimal performance from the game. Otherwise, it will surely cause problems including crashes. So, the graphics driver needs attention

In many cases, players have stopped Ark from crashing by simply updating the driver. Have you been using a considerably old version? In that case, it is time to update it. Not only will it stop the crashes, but also provide further improvements to the game performance. That is why it’s so important to keep your driver up-to-date.

You can perform this task simply from the Device Manager. Do you find manual updates inconvenient? In that case, there are some software tools you can use to update drivers automatically whenever it’s time.

It’s not always an outdated driver that causes game crashes. In many cases, the latest version can be the culprit. Did you start facing the issue after an update? Then it might be time to revert to the previous driver. You can do that the same way that you updated it from the Device Manager. This time, you need to select the Rollback option.

Apart from other problems, your driver can also face an error in installation. Regardless of the cause, you would want to solve it. Now, the only option you have is to reinstall it. Only that can remove any damages to the driver files that occurred due to the error.

Your antivirus program may often identify a certain Ark file as a threat. However, that is not necessarily true. Regardless, this can cause frequent crashes while playing the game. In such a situation, you’ll find those files on the blacklist. Open the application and remove them from that list. Also, disable the program whenever playing the game.

The solutions given here are easy as well as effective. If Ark keeps crashing on your PC, you must try all methods. You might have to apply a few of them before you arrive at the right solution for your case. But, they should solve the issue in the end. And, if they don’t, you might need professional help.

App Won’t Open on Mac – Fix it with Amazing Hacks

How to Resolve Audio Services not Responding on Windows 10?

How to Resolve Windows 10 Won’t Update?

Flash Drive Not Showing Up: Technical Resolution At Its Best